In the world of secret celebrity love affairs, Japan's Emperor Akihito is playing the part. The 89-year-old political figure is said to be heading towards matrimony with his longtime partner, but remains tight-lipped about whether or not the reports are true. “Akihito, will you marry her?” 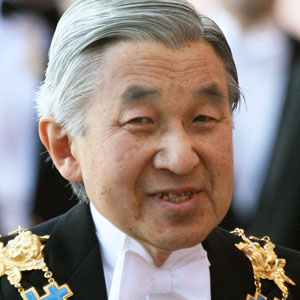